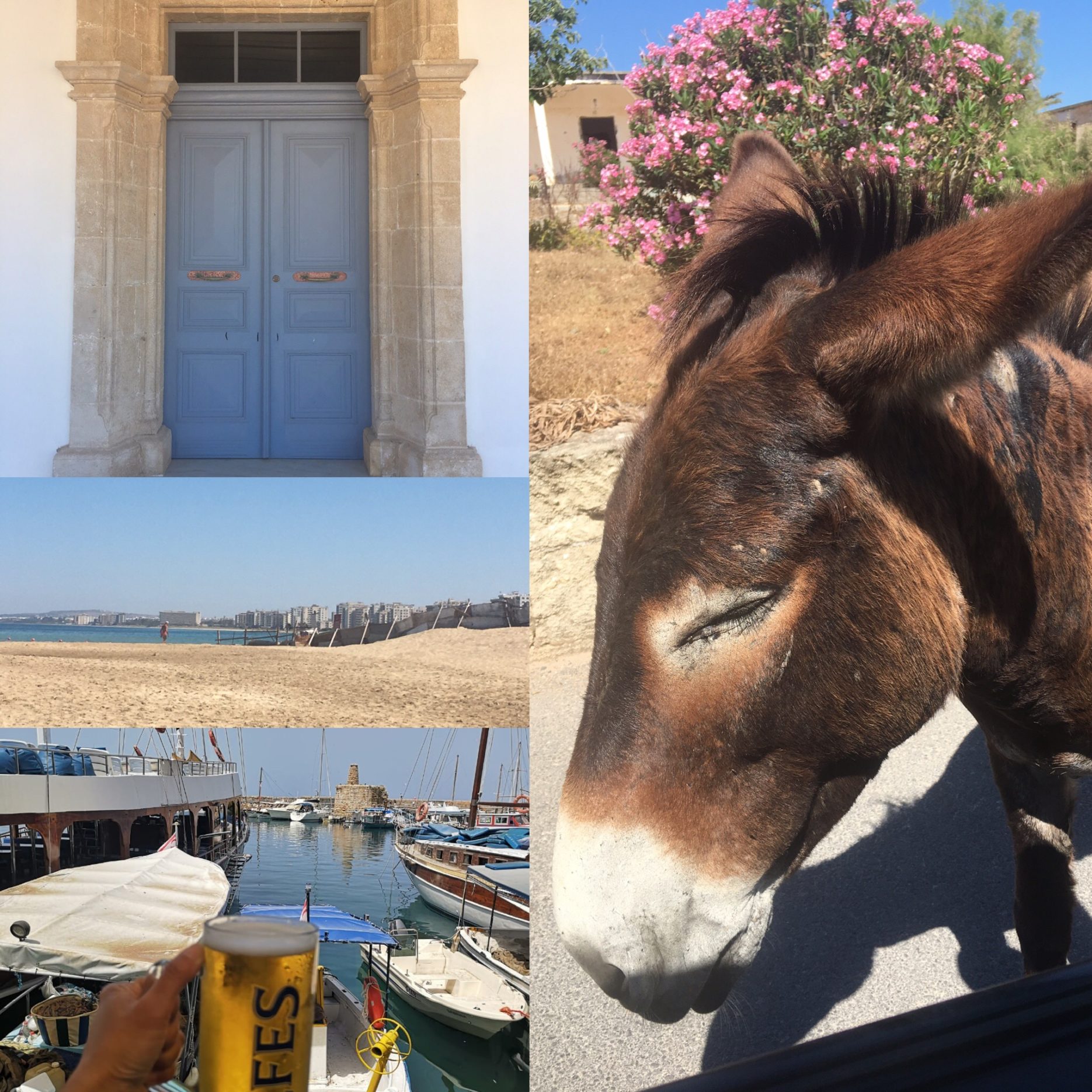 Hi All! it’s quite a long read but these are very interesting places and filled with so much beauty here in Cyprus. There is an abundance of stories more from the locals and every traveler who will set foot in these places. So let’s begin…

Here is a fascinating trip to Kyrenia and Famagusta now occupied side of Cyprus, controlled by Turkey also referred to as Northern Cyprus. Cypriots call this as paradise back in the days…

Have your passports ready or CY identification. This time we will be crossing through a private vehicle. We head to Agios Dometios in Nicosia or also referred to as Kermia or Metehan checkpoint. For private vehicles, you need to secure vehicle insurance which you can purchase before the checkpoint at 25 EUR valid for 30 days. So you can return within 30 days and use the same insurance. Further reading on Border Crossing.

There are two fascinating villages – Kyrenia and Famagusta, with so many heartfelt stories and will forever remain in the hearts of the locals. These were the main holiday destination in Cyprus before the invasion.

However, at present most of the international travel insurance does not cover TRNC areas (Turkish Republic of Northern Cyprus) since only the Turkish Republic recognizes this as a state. Hence you would understand the reluctance of the travelers in visiting this part of the island…

After checkpoint formalities, you are now in northern territory. A Turkish flag in the middle of the mountain is very visible; signages, products, shops, restaurants, etc are all in Turkish.

We first stop for a well-known Turkish snack. These snacks were familiar to me while living in the Middle East, but this time they are tastier. Couldn’t it be they are prepared more traditionally? And all that snack for 3 persons with drinks at 10 euros.

I thought we have reached Kyrenia, but we are still used to be a part of Nicosia municipality but now occupied. Back to the road for another 30 mins, passing through Kyrenia mountain range, then finally a calm, blue sea greets us, and we slowly descended to our destination.

A small village on the northern coast is known for its charming harbour, castles and cobblestone walkways.

This dates back Byzantine period located at the end of the harbour. This was also used by the Crusaders, Venetians, Ottomans and British periods to guard the harbour. Also called “The Jewel in the crown”.   What to see: Byzantine church remains, Shipwreck museum, archaeological tomb museum, castle quarters, and the rooftop with the spectacular view of the harbor.

This used to be a trading port during the British occupation around 1880. Today it remains a popular tourist destination in Northern Cyprus. Restaurants, bars, shops, and tour operators lined up. It is usually busy with tourist crowds, strolling around the harbor, or just sit in one of the restaurants for a meal and enjoy the view.

We had a seafood lunch however, it was not fresh and the bill was ripped off for 110 EUR! Just be careful in choosing restaurants, reviews help – Harbour Balikci Fish Restaurant.   But this happens sometimes. There’s more than the food or bill in dining experience – you’ve got an interesting location, excellent company and a relaxing day. Also, we gained something priceless in this visit: a history, the present and a picturesque view that stops the clock from ticking.

This is a 3-hour trip, so we scheduled this on a different day. Better start early in the morning so at 0700 we were at the same checkpoint.

Be ready for a pilgrimage and a dip on the beach.

Driving to Famagusta is between 2 mountains: Mount Trodoos on your right side and Five Fingers mountain bordering the north ( Pentadactylos in Greek. Beshparmak in Turkish); on your left side.  You’ve got so much time to enjoy the scenery and to start digesting what’s in store for this day.

Approaching Famagusta, greets you a glistening sea, yes sparkling as the sun rays bathe it. A mesmerizing view and WOW. I forgot to take a snapshot….

Dedicated to Apostle Andrew, a holy and miraculous monastery. This is an important site of the Cypriot Orthodox Church. The site has existed some 2,000 years ago. This is also known as the Lourdes of Cyprus.

Back in the 60s, this was a major pilgrimage for Cypriot orthodox family. Preparations are done accordingly for a 3- day trip (includes an overnight at the monastery) – food, beddings, and donkeys!

Located at the most northeasternmost point of Karpaz Peninzula, northern district of Famagusta. Navigation is easy through GPS or google maps.

We arrived at about 10:00, the monastery was still close. We walk around the area, outside is a spectacular view of the sea. There are cafes and I had a fresh pomegranate juice for 1 EUR, a very refreshing drink.

Several specialty shops lined up – souvenirs, accessories, garments, organic and food products. So if you’re into this, try not to splurge. But I wasn’t able to resist 2 bracelets: a multicolored stone and pure leather. And of course, they give you a free taste – that almond nut wrapped around in honey or carob syrup. Also, there was an organic lotion and that I stopped! This is supposed to be a pilgrimage.

Well thankfully he was right on time and tourist buses started to arrive. The place is slowly filling up…

We lighted candles and for special intentions, there is a big candle for that. Inside the monastery, my Orthodox friend touched and kissed the images and I also touched the miraculous image of Apostle Andrew.

Currently, the monastery is undergoing restoration with the United Nations Development Program that provided a separate protocol agreement with the Cyprus Church and Turkish Cypriot religious foundation. The Greek church is funding it approximately 2.5 million euros.

Do you know that there is a donkey toll fee at the monastery? Approaching the monastery, the road narrows and you will start seeing donkeys who are freely roaming the place. Be ready with your carrots or they don’t let you pass! Donkeys have spots along the road waiting for the carrot toll and they will stop at vehicles – the los banditos donkeys!

LOL! Just kidding. But hey, see this tourist bus? I saw that the donkey started to run when he spotted that bus. And yes, he blocked it, so the bus just stopped in the middle of the road.

If you want to get close and personal with these donkeys, bring some carrots for feeding!

This time we had an amazing seafood lunch, as recommended. View, ambiance, and food are exceptional at Oasis Ayfilon Hotel and Restaurant. The fish was well grilled, in fact, the best-grilled fish I’ve tasted all my life. Well done chef! We went to the kitchen and gave him our compliments.

Now I am so ready to head to the beach!

From the northern district, we head to the southern part of Famagusta about an hour and a half drive from Karpaz. We passed several towns until we reached the commercial center.   On the other side of the road was a covered area and it stretched a long way further. This is the “ghost city”.

Between 1970-1974; this was the prime tourist destination in Europe – pristine beach waters and high rise hotels. All inhabitants fled after the invasion since then it remained untouched. Negotiations with United Nations since 1984 and up to this current day but still, remain unresolved. The People of Cyprus can only hope for the return of this precious land soon.

We don’t know exactly where the beach is, till we found a crowded area, tourists coming and leaving. A barricade that separates the abandoned town and there is a walkway towards the beach.

And yes there it is!

Fine sand, clear waters – you can see small fishes!; not so deep ideal for swimming and smooth sand underwater, no stones. Water and air temperature are just so perfect for a dip! Sunbeds can be rented at 5 Euros or you can bring your towel and select a spot along the shoreline.

I walked along the beach strip and the abandoned area. The shore goes along several kilometers and so does the lonely town of Varosha. However it is not allowed to take a photograph, so I just took a shot from afar.   I was so looking forward to this trip.

My Cypriot friends shared several stories about the beauty of Famagusta – a paradise. Their families were once living there and just one day they lost everything and got displaced. Some fled to Nicosia, Larnaka, and other villages. Some of their relatives are living in Kyrenia and other TRNC areas. Many of them have not visited here since then. It’s been decades…

Famagusta was once to be a major trading seaport, as goods were coming from all over Europe and a major hub for passengers. Now the port activities are diverted in Limassol.   Check out this article on the overview of Famagusta. Up to now, the capture of these areas has created a very deep scar to the People of Cyprus.

I recommend a novel by Victoria Hislop – The Sunrise; set in Famagusta in the summer of 1972 – the glorious days. Sunrise was one of the popular hotels owned by a rich Greek Cypriot. This is a story of 2 families – Greek Cypriot and Turkish Cypriot before and after the invasion. Most of the Turkish Cypriot families fled to Kyrenia from Famagusta.

Hislop was able to convey the intensity of emotions as told by my Cypriot friends. I was deeply moved and it sparked an interest for me to visit these places someday…and I did!

Here are 2 more good reads from this author:

Here are your options to get to the northern side:

Also kindly check the embassy for visa requirements if you are departing from Turkey. But still, you need a transport service to get you through these places. There are several tour operators from the northern side.

I would love to come back whenever I get the chance.

Othello’s Tower is in Varosha. Ring a bell? Shakespeare? The play of Othello refers to the port in Cyprus. So here goes your English literature…

See how fascinating are these places are?

Some Kyrenia photos courtesy of J-AnneSome Famagusta photos, etc courtesy of Stefos. Thanks!

This place looks amazing! Thanks for sharing hte pics and the scoop!

Hello! You are welcome 💕

And there’s a lot more to see in Kyrenia! 😉

And there’s a lot more to see in Kyrenia! 😉

You know so many amazing places! Your wonderful photos always make me nostalgic for Kefalonia. I can’t wait to travel again and take my kids to some of these places.

Hello, thanks for taking the time to read this! I love to come back here after the pandemic. There’s more to explore all around Cyprus!

[…] A Fascinating Trip to Kyrenia and Famagusta; What’s out there – Northern Cyprus? […]

[…] Further Reading: A Fascinating Trip to Kyrenia and Famagusta […]

[…] Further Reading: A Fascinating Trip to Kyrenia and Famagusta; What’s out there – Northern Cyprus? […] 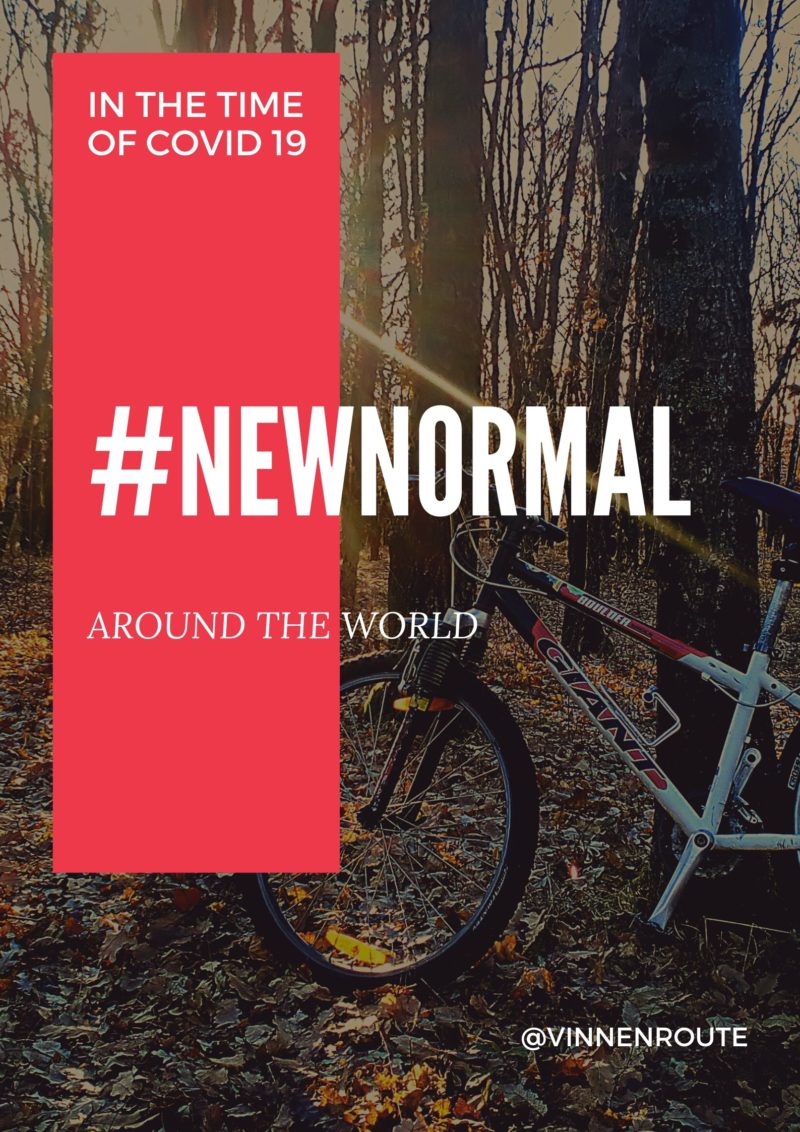 What’s the #New Normal with COVID 19 Around the World?

This article about #NewNormal is all about coping the pandemic, COVID 19 and a glimpse of future travels might be… 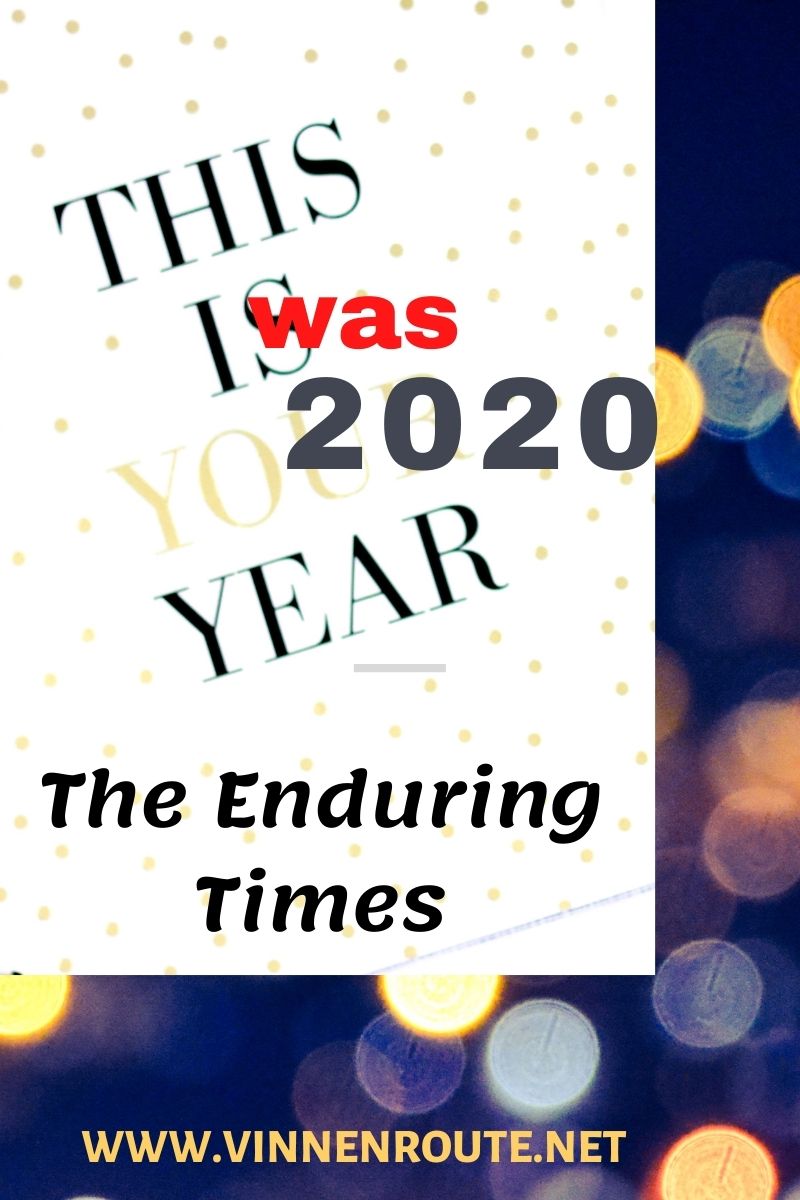 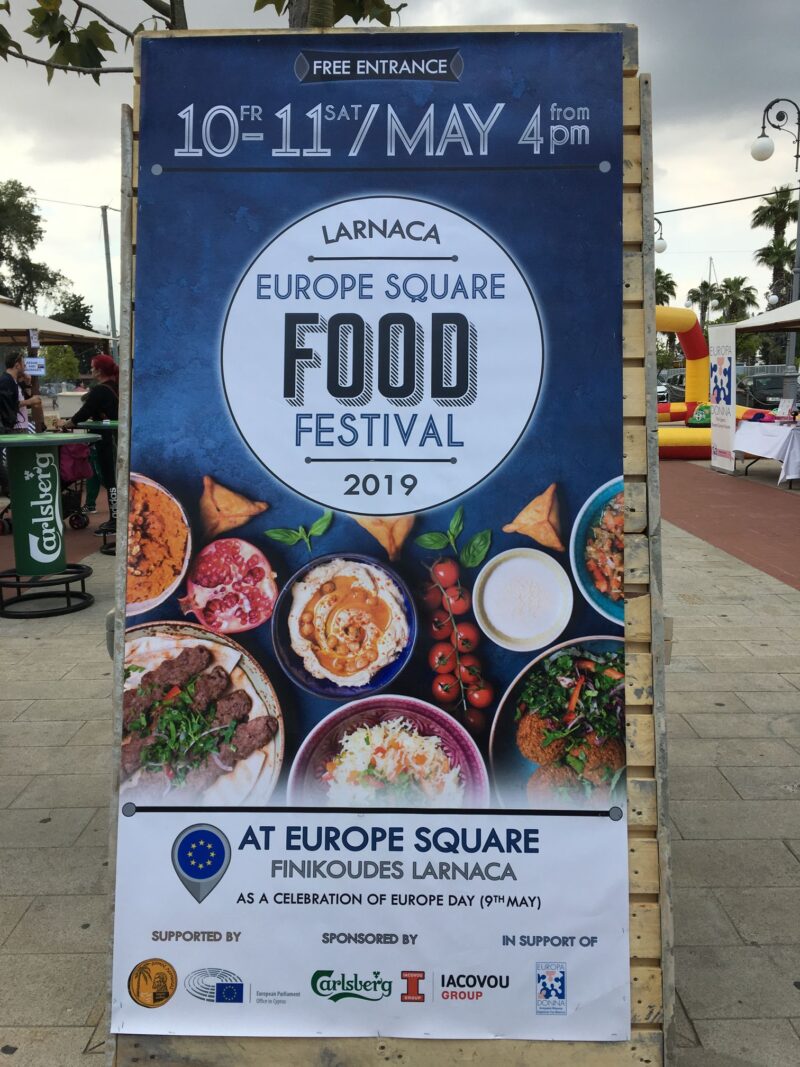