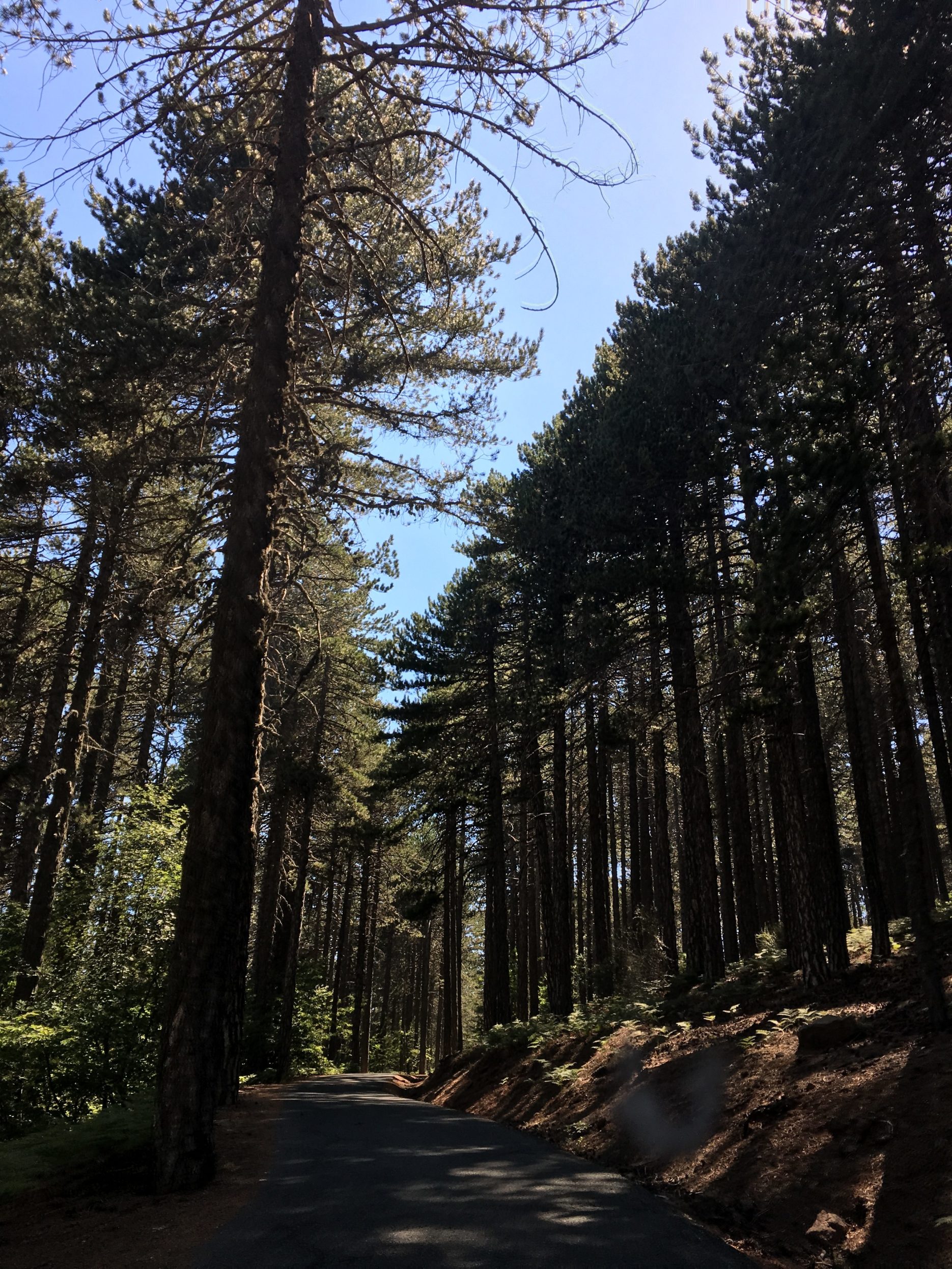 Finally happy to be back in Cyprus – mid-April 2019. A meeting in Kako Petria Village, located at the foothills of Troodos, led to an excursion up in the mountains. Alas, this is the time to chase if there is any snow left and let’s discover Cyprus’ majestic mountain of Troodos!

Heading up, some parts of the hills are bald or have blank patches and some trees have flattened tops due to the snowfall. Then I see patches of white areas which seem to me like white concrete. Reaching to a side of the road where a car parked and several kids skiing; at long last! Here is ice! I run and I realize that it is so slippery. Still, I climb a couple of meters up but the thought of slipping and landing with broken bones is non-negotiable for this trip. I wish I was younger and bolder … tada… Anyhow, I touch the ice just like a shaved iced on a smoothie. Lol.

I didn’t have much experience with snow. The first time was during my Christmas trip to Vienna, light snow was falling and snowfall traces around the area. I would love sitting on a mound of ice and build a snowman or play throw ice but another time perhaps!

The highest point of Troodos has an altitude of about 2,000 meters and it is oftentimes called as Mount Olympus of Cyprus. There is a radar on top shaped like a golf ball and there is also a British Military Base. We were back 1st week of August and visited a Catholic summer house. Yes, that’s RnR with the nuns and priest into the woods!

When you are traveling to the occupied area in Famagusta, this mountain is on your right side, a mountain in the southern part of Cyprus.

I love the sun, the sea and the salty air, it is my therapy. The sound of the waves crashing just fades away all the negative vibes. Yet after several trips to this mountain, I found another solace and now I understand why some people prefer a higher altitude.

Now, let’s take a closer look at what this mountain is made of. This has become a destination of researchers all over the world. Troodos Geopark is where these rocks are continuously studied. Its highest point- Mount Olympus; contains rocks that are found to be plutonic which simply means that it came from a volcanic eruption.

And here is the most interesting part; Trodoos’ mountain range is an ophiolite which refers to a group of indigenous rocks that makes up an oceanic crust. This was a result of a collision of African and Eurasian tectonic plates ancient years ago. A local mentioned to me that you can find seashells around the mountains.

Now that correlates that Troodos was once part of the ocean and I am drawn to this majestic mountain.

Copper mining from these rocks deposits was Cyprus’ major activity during the ancient years. Historically, all aspects of this country’s development were derived from the exploitation of copper. And so the name of Cyprus came from the Latin word “cuprum” which means copper.

This mountain has so much in store for you – dense and unexplored forest areas, extensive flora and fauna species, hiking trails, campsites, picnic areas, resorts, hotels, and beautiful villages.

In the summer this becomes a retreat to most of the locals for a cooler temperature, normally 5 degrees cooler compared to the mainland.

The five regions of Troodos:

Part of Limassol District, located in the southern slopes of Trodoos and one of the wine villages. A highland with an altitude of 1200 meters during the summer months, is a popular summer retreat and during winter a place to go for skiing as it is near ski resorts in Mount Olympus.

‘The nightingales won’t let you sleep in Platres.’

Locals call this as Pano (upper) Platres and the neighboring village, Tornarides as Kato (lower) Platres.

I love some of the houses in Platres as they are constructed between trees like tree-houses.

This is an off the beaten road trip to Fikardou Village; one of the abandoned villages in Cyprus. Around this area, you will pass by the village of Lazania, Machairas Forest Park and Monastery just what we did when we had our excursion.

Machairas National Park; home to various plant and animal species, has picnic facilities and several nature trails. This is a dog-friendly park!

The good thing living at Nicosia is that we can easily drive to the mountains when boredom strikes. This is just one of the unplanned drives, also an excuse to get cooler.

The village has traditional Cypriot houses, made of stones, bricks and decorated with hanging plants.

Zivania, a local brandy is produced in this village, which we call it as “holy water”.

Exploring this village will lead you to Byzantine churches, heroes monument and a statue of Cypriot mother on top of the mountain.

Popularly known as the Rose Village and famous for tasty meat products in traditional Cypriot recipe. To find out more of this rose village check out my article in this site.

This village lies in Marathasa Valley and due to its high elevation the village became a refuge to beat the summer heat, and tourism has grown during the 20th century.

Pedoulas offers various attractions for pilgrims, nature and art lovers. I have been twice in this village mainly for a hearty meal. Two Flowers Restaurant is where we usually dine, delicious local food, good customer service and I enjoy the panoramic view of the village. Recently, I ordered a meze, and I was satisfied. Hopefully, I will visit again and discover more about the village.

Means Bad (kako) Stone (Petra). This was known to be a gambling village by the locals during the holidays some time ago.

I am always fascinated by this village, as seen from the highway. Houses built close together with similar roofs.

Last September we went back to Kakopetria for the Sweet festival and glad to finally explore this village.

On the western side is the old village – Palia Kakopetria has been preserved for its folk architecture and protected by the Department of Antiquities.

Here is a quick glimpse of this village.

This is a sight to see and hope to go back for an excursion in this village soon!

Here in Kakopetria, we usually stop for lunch at Droseri Potamia or Riviera, serving local / Greek food, frequented by locals and I love the outside seating which is next to the river.

Known to be the wealthiest Orthodox Monastery in Cyprus, frequented by devotees and tourists all year round. It has a museum filled with gold items and bones of the saints. Further up to the Throni Hill, is the Tomb of Archbishop Makarios III, a bishop who became Cyprus’ President.

The mountain of Trodoos offers so many things to every traveler – a place of solitude, getting in touch with wonders of nature, learning culture and history, action-packed for the thrill enthusiasts, spiritual journey, and so on.

Each road trip is always a new experience, and the scenery is just so beautiful that no words, picture or videos can capture it in full detail. I love the trees – pine, cypress, and almond trees along the roads. I love the drinking water – it is so fresh and a touch of sweetness; flowing from the mountains. Locals still refill their jugs for free! I love fruits and vegetables produced – organic, colorful and so tasty! Before going home we shop at the local market.

Trodoos Mountain is simply majestic to my soul.

Living in Cyprus for quite a while now has taken me to a journey of surprises and amazement. I say that this country is like a little gem enveloped with gifts of creation, rich history, and distinct culture.

For anyone sets foot in Cyprus, all you need is a day to foretaste the grandeur of this mountain.

So add Troodos Mountain in your itinerary!

‘Coz you’ll never know till you get there….

I love the this page,it will bring you to wonderful places in europe..love it

Thank you Angela! More posts to come here in vinnenroute. Hope you can make these trips soon and share your experiences to the world! Cheers!

Cyprus looks amazing! I would love to visit there 😁 thanks for the awesome post!

Thank you so much for exploring my site. Enjoy your stay in Cyprus soon 💕

Love getting out into the mountains! These look like a beautiful collection of places to discover – I particularly like the look of the medieval village, so fascinating! Thanks for sharing

Hi! Thanks for checking it out. You will love the villages here in Troodos. 💕

Hi! Many thanks for dropping by. I’m glad you like the photos. Take care!

[…] Related Articles: What to Do and See in Larnaca & Discovering Troodos Majestic Mountain […]

[…] out after exploring the village. Hence, our best bet is to continue our journey to the mountain of Troodos and stop for lunch at Kakopetria Village, which is […]

[…] Overall I have an amazing time this Christmas and New Years’ holiday here in Cyprus! Don’t forget to gear up with your winter clothes because it is BRRRR very cold! It’s snowing on Trodoos Mountains! […]

When was the last time you’ve been to the library? It’s been ages, right? So, let’s go! 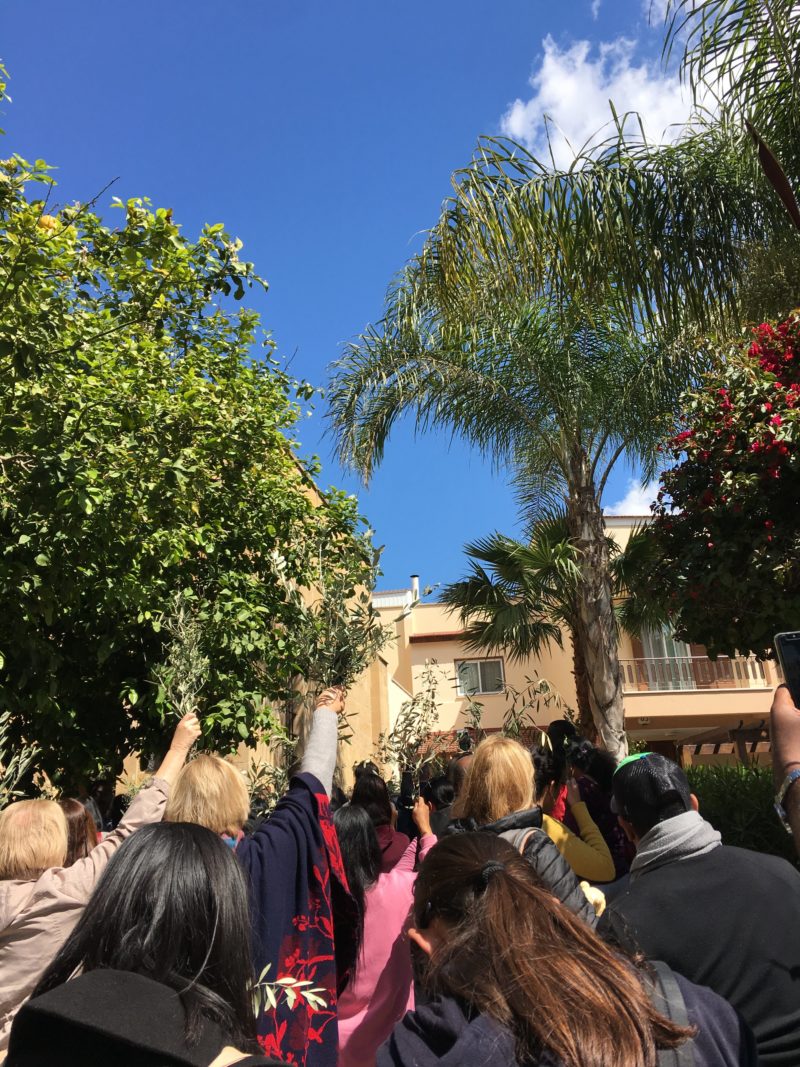 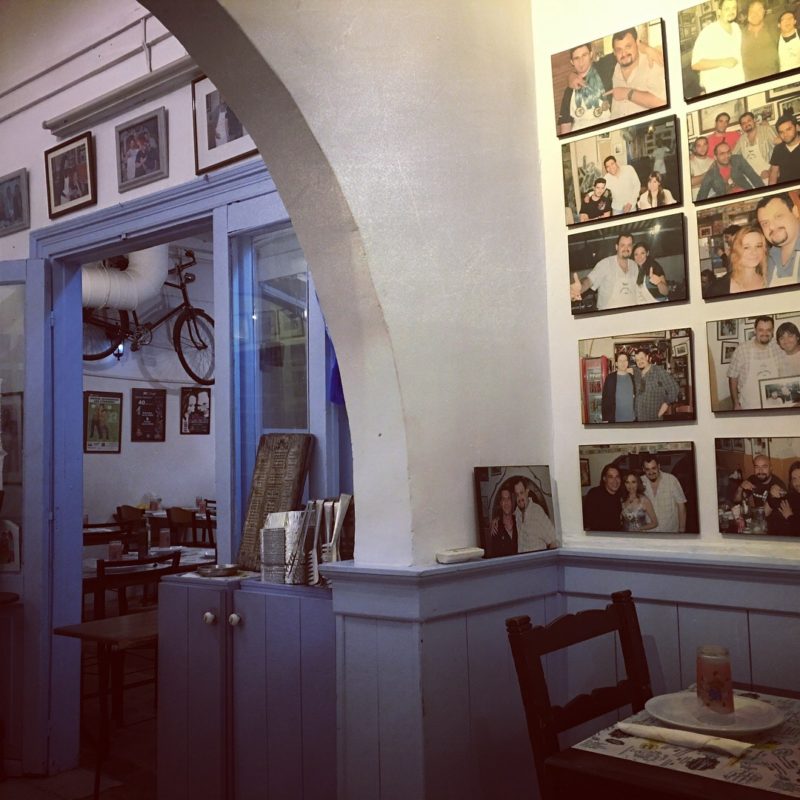 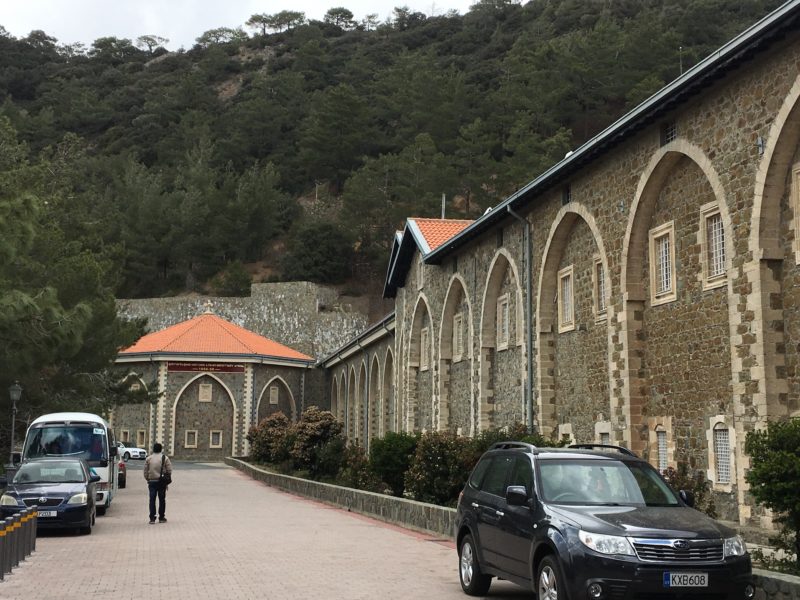 Up in the mountains to the Richest Monastery -Kykkos!

The wealthiest Monastery in the island of Cyprus and located at a high altitude mountain of Troodos.